Southern Maiden
By
Tiffanie Barriere
Its a fantastic blend of fresh ingredients and flavor. 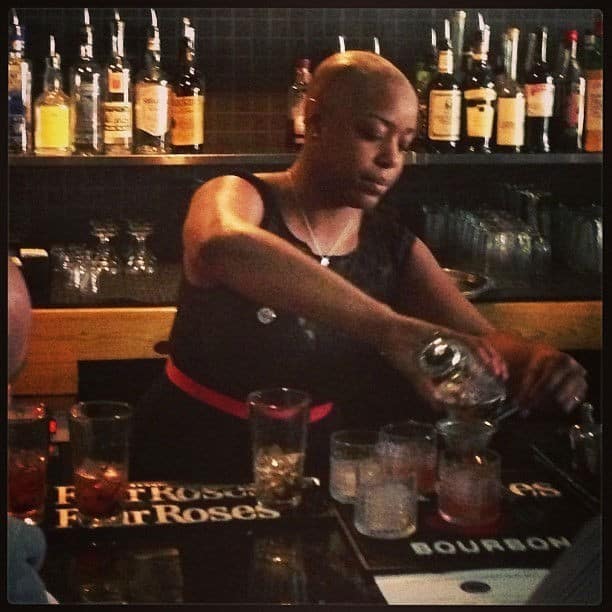 Favorite food?
Pork Chops!! I can’t deny that the pig makes me happy.

Top thing on your bucket list?
To visit England. The class, history, and style is captivating to me.

Pick a superpower!
OMG!! I would want to go back in time. But only the day before and change anything that anyone needed.
Southern Maiden
Prep Time: 3 minutes
Yield: 1

PRINTABLE VERSION
BIO
One thing "The Drinking Coach" loves to do is create award-winning drinks! Louisiana native Tiffanie Barriere has overseen and operated the award-winning beverage program at One Flew South since the restaurant’s 2008 opening in the world’s busiest airport, Hartsfield-Jackson International Airport. Under Tiffanie’s creative direction, One Flew South has been hailed as one of the best airport bars in the world by press outlets such as Esquire, New York Times, Wall Street Journal, Forbes and more.

Tiffanie is a mover and a shaker, no pun intended, and mixes it up in Atlanta. She’s the secretary of the Atlanta chapter of the United States Bartender’s Guild and has a thirsty following whenever she’s at her many cocktail challenge events and festivals around the Southeast. Follow Tiffanie Barriere on Twitter for updates @DrinkingCoach.