How do you like to eat your apples? I have a wicked sweet tooth, so I love them in a hot apple pie, apple cobbler, apple turnover, apple muffins, apple pancakes, covered in caramel and especially dipped in chocolate.

And now I can add “right off the tree” to my list! Yes, indeed. I just went to Fowler Farms in upstate New York, and for the first time in my life, I picked an apple at harvest time and ate it as is – straight off the tree. It was delicious in the most simple and sweet way. 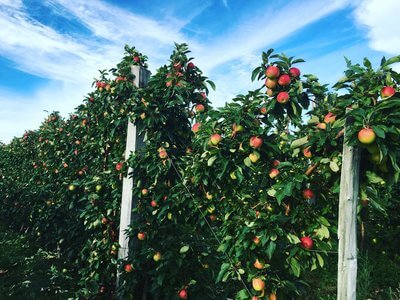 Fowler Farms has been growing apples for more than 150 years, so they know a thing or two about growing delicious apples! They have been growing approximately 20 different varieties, all of which have gotten better and better over time. They’ve found a way that is not only fascinating to an outsider like me, but it also ensures that each tree, and each apple that is on a store shelf, is as close to apple perfection as possible. I have to share this whole process with you, because I never saw anything like it myself!
It starts with the growing of the roots in a nursery, carefully cultivating them to become a strong base for an apple tree. Then, these roots, then trees, are cared for in a way that is similar to a vineyard. This is beyond beautiful to see, and is called the Super Spindle process and method – extremely unique here in the USA.
Each tree is actually pruned and shaped so specifically that more sun can get to the apple itself. The sun bares down on the fruit, causing the green color to become red. I noticed that the blush is found exactly where the sun hits!
This method of the "super spindle" actually allows for more trees to be planted per acre, and it allows for more sunlight to hit each apple. So, they actually can have more apples per 'tree' and more 'trees' per acre. In essence, it looks like a vineyard, although it is an apple orchard! 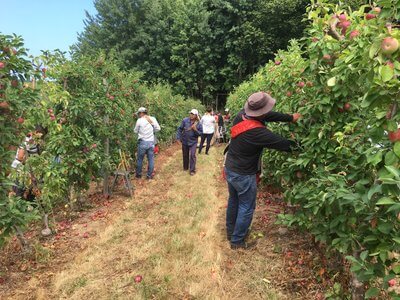 Additionally, the climate by the Great Lakes is really unique, which is why these East Coast grown apples are different in many ways than Western grown apple varieties. At night, the air is so crisp and cool that it helps the apples grow in a unique flavorful way, in contrast to those who do not get the cool night air. Furthermore, the glaciers from yester-year have left rich deposits in the soil, all within these hills across the NY landscape, allowing the Fowler Farms apples to flourish.
Between employing these special growing methods, most commonly found in Europe, and having access to the specific cool and yet also sunny climate, it’s no wonder that the Fowler Farms apples have increasingly grown in popularity over the last 150+ years!
I spent time with Austin Fowler, 6th generation farmer, and I witnessed the care that he and his team puts into the orchards and the apples. Once I had a pretty solid understanding of the growing and ‘super spindle’ process, he told me how the apples are individually hand-picked. The word ‘artfully’ comes to mind. 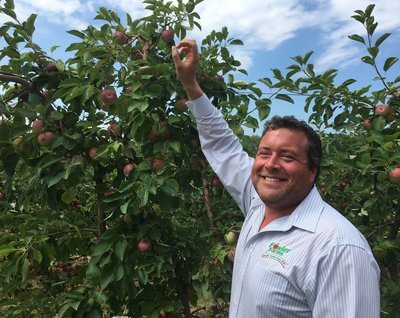 First of all, because of the methodology of growing these trees, they are not as tall as some others may be. Therefore, it is indeed easier for team members to get to the apples and pick them. But, you must roll your hand so very carefully, with finesse and in such a way that the apple just comes cleanly off the vine. The apples are picked in such a special way, then carefully placed into wooden containers in the back of a specially designed tractor, driven through each row. 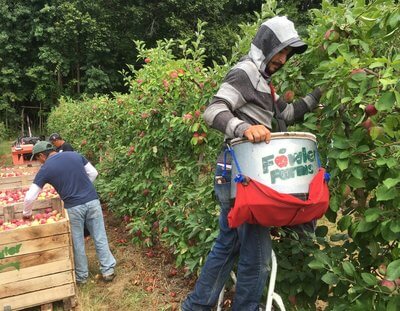 This style of transportation, having a uniquely designed tractor like this, makes it much easier on the team to not only get to each apple, but to have a convenient transport system to get the apples back to the Fowler processing plant. 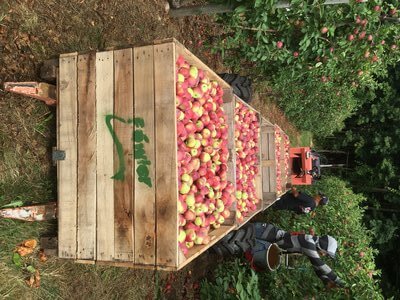 Oh, one thing I have to share is about the posts I saw at the end of each row. These are crafted from trees also grown on the farm. This type of post makes the farm more environmentally friendly, because these posts are not chemically treated and are truly ‘of the earth.’ The Fowlers use any areas not growing apples for trees, replenishing their fields with new posts when needed, recycling them for new crates,
etc. 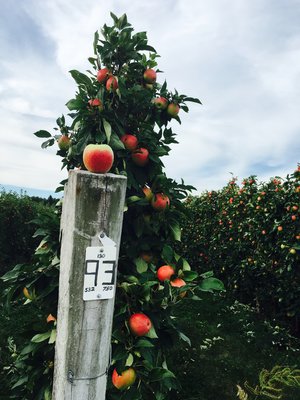 One of the supervisors "Smokey" has been there for 40 years, and he was an absolute delight – and a trip (in a great way!). I hope you’ll watch our video, as he really made me laugh. (And everyone else around him, too!)

That reminds me to share what I was also doing while there - filming videos! I’d never seen an apple orchard, and I welcomed the chance to learn more about it and share it with you, too. We had a lot of fun doing so, and that’s another thing I love about what it is that I do.
I love being able to work with farmers. They are such down-to-earth people, and it makes me want to share their stories so that more people can get to know them just as I do. Hopefully you’ll watch these videos, as they show what I’m talking about here!

But I digress. So, then we moved on to the processing plant, and I was blown away again by how they do things here! Very state-of-the-art! I was joking around how I feel like I just stepped into the future! How so? Let me explain. 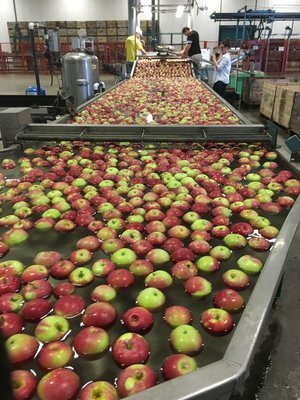 Picture this (no pun intended). After apples are given the once-over and examined by staff, they are sent along their way in a stream of water. They are then placed on a conveyor belt, which takes them into the future! Ok, not really, but they are indeed taken into a machine that is mind-blowing! This machine looks like it’s a strobe light as it takes 75 pictures of an apple - per second! Then creates a A 3-D image of EACH apple, and that’s at a pace of 6 apples - per second! 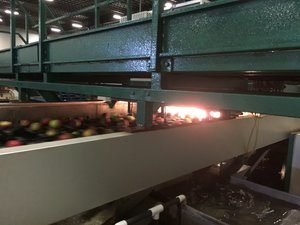 Then, each apple is sorted based on the apples that match - based on color, size, perfection! If there’s an apple that isn’t quite up to standards, it’s OUT! All of the ‘like’ apples are then sent down their flume in drinkable water to their own large containers. After which, a container is taken to another area to have them screened yet again by staff to make sure that there’s nothing that is out of place - or sort!
The apples are then bagged, (and the bags are created there as well), sealed and stored in a very cold containment area and then packed onto the refrigerated trucks. This is truly a supervised process from seed, root, tree, apple, hand-picked selection, close analysis for perfection, then carefully placed into the bag! Farm directly to your grocery store! 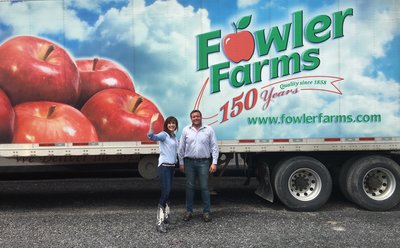 So, how about them apples?? I was pretty blown away by it all, and I felt like I had a new appreciation of this fruit that I’ve bought for decades. When I returned back to Atlanta and went to the grocery store, I was so excited to see Fowler Farms’ apple cider, which I now know takes 13 pounds of apples to make a gallon of it, and I just wanted to grab the person next to me and tell them all about it! I didn’t, but I’m grateful for the chance to share this now with you!
I do hope you’ll look for them, now that you know what goes into a bag of Fowler Farms’ apples.
See you on a farm! 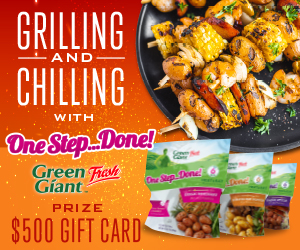 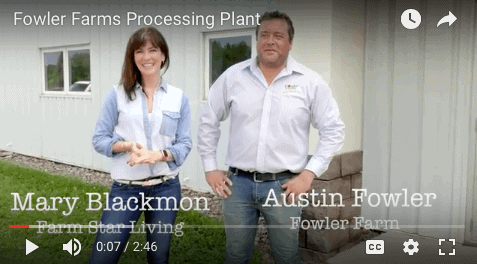