I have been doing a lot of traveling lately for business; and it seems that more often than not, one of our colleagues will request that we dine at a steak house. As much as I eat a fresh-vegetable diet, there was no argument here. I always appreciate a great quality steak, and I know that it can be also part of my overall healthy lifestyle.

I have found myself getting confused though. What piece of steak do I really want? What kind of beef (or cattle?) would be more flavorful? So, it started me looking into different types of cuts – as well as cattle, so I would know what I like – plus what I'm talking about!

I found that these are the most popular cuts – and from the different parts of the cow.

I know I love ribs, so I must love the Chuck cuts. And I love the Loin, as I love T-bone steaks and the Tenderloin – whether as a roast or filet. So, it was settled. I know the cuts – and area – I like.

But, what about the different types of cattle? So the Hereford Beef was the one that got most of my colleagues mouth-watering at a recent steak house. So, I wondered why, and here's what I found.

First of all, what is Hereford cattle?

This cattle is instantly recognized worldwide because of its trademark look – white faces and distinctive red bodies. You know the ones, right?

In the 1700's, people from Herefordshire, England, discovered that these majestic cows were also producing great tasting beef. And just like that, steak became a signature dish, with the kings and queens loving it. But it wasn't until much later, in the 19th century, that some American farmers began importing these distinguished Herefords to grow in the Western frontier. These farmers / breeders then established the American Hereford Association (AHA) in June 22, 1881, in Chicago, Illinois, in order to keep accurate records of the Hereford Breed.

Today, it is the oldest breed association; and by the 1960's, the Hereford beef grew to become one of the most popular breeds in America. 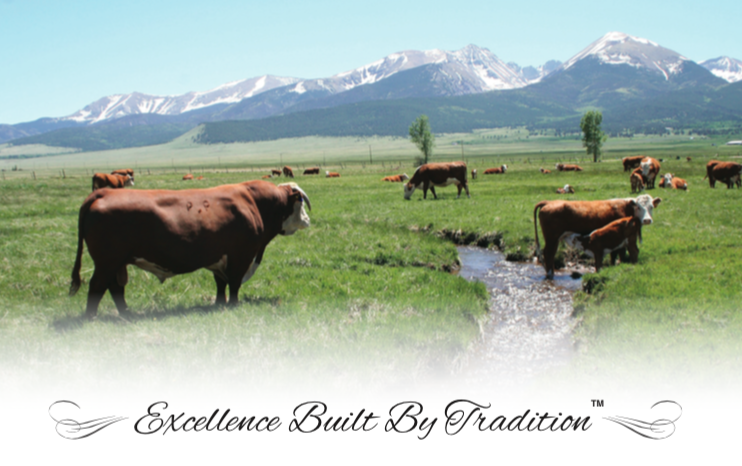 Today, the AHA is growing strong and not only is it keeping the cattle's records, but it also works to keep the cattle alive and well – very well indeed. And they help their ranchers.

In 1995, the American Hereford Association established the Certified Hereford Beef® program, as they really take pride in the accountability and its history of tradition that goes back centuries. I called one of the very enthusiastic stewards and I was told that the ranchers all feel that the "Hereford has genetic superiority, which accounts for such flavor and tenderness – as well as the consistency – in each bite." That must be why my colleagues were salivating. And I soon was, too!

I also was happy to hear during this conversation with one of the ranchers and members of the AHA that today's Hereford breeders take land stewardship into the highest esteem. The ranchers depend on healthy, natural resources to provide the best Hereford possible (as our food), and also just to keep the breed going overall.

I learned that many of these ranchers are third and fourth-generation "Certified Hereford Beef" producers, and they want to keep the breed going generation after generation. So they understand the importance of sustainable agriculture for the generations that follow. Not to mention that they are quite hopeful their families will continue to keep this tradition going!

I realize that some people may think that eating steak is unhealthy, but there's something to be said for the way it can provide so many great nutrients and vitamins, not to mention protein.I also loved the infographic, which I enclosed here borrowed from the Hereford Beef website, that reminds us that beef can – and does – contribute to a healthy lifestyle! 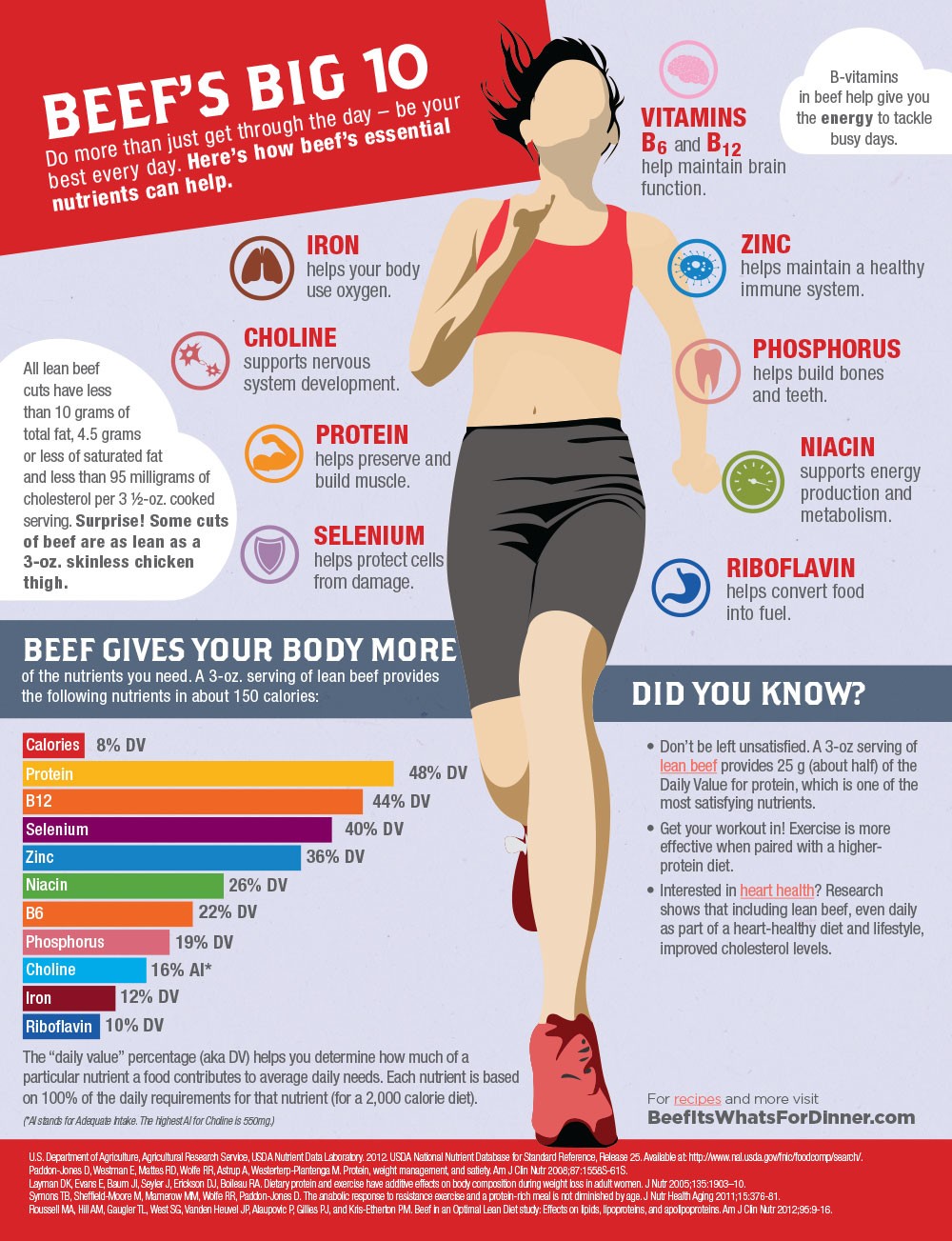 You don't have to be at a restaurant to eat the Hereford beef, as you can also order online. That's something that I may want to do! And, since I don't normally cook steak, I found some great recipes and tips, which I definitely appreciate, from another blog called The Ranch's Kitchen.

If you're going to cook it up, make sure you check out their site for some great recipes. I am going to attempt this one below, but I probably won't photograph my first attempt! I thought it best to include their pic! Enjoy – and happy, healthy eating! 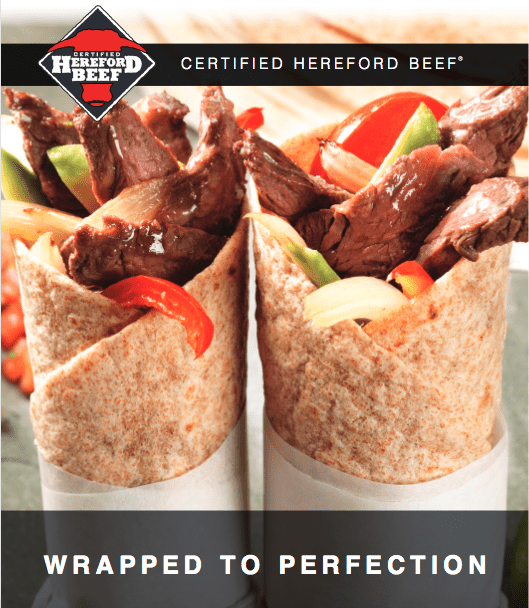