If there's one side item that's guaranteed to be at every summer gathering, we bet it's going to be potato salad! It's amazing how many different types of potato salad are out there and almost everyone has their own version, a favorite recipe, or a secret ingredient. This summer, we're celebrating with this tangy and mayo-free German Potato Salad made easy with One Step...Done!™ Potatoes. 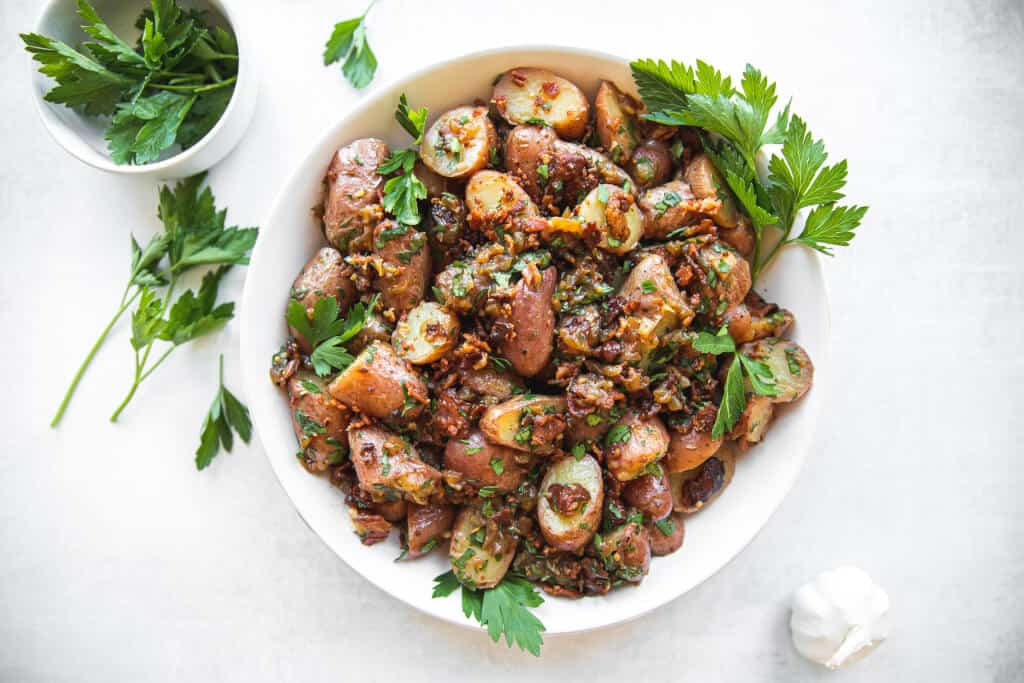 You've likely seen one of our articles or videos using One Step...Done™ Potatoes, but we've never made a recipe quite like this one. When it's summer time and you've actually scheduled time to relax (anyone else have a "do nothing day"?), you probably want to get on with it and not spend hours in the kitchen prepping for the fun days ahead. Insert One Step...Done!™ Potatoes to get you out of the kitchen and back doing the things you love. 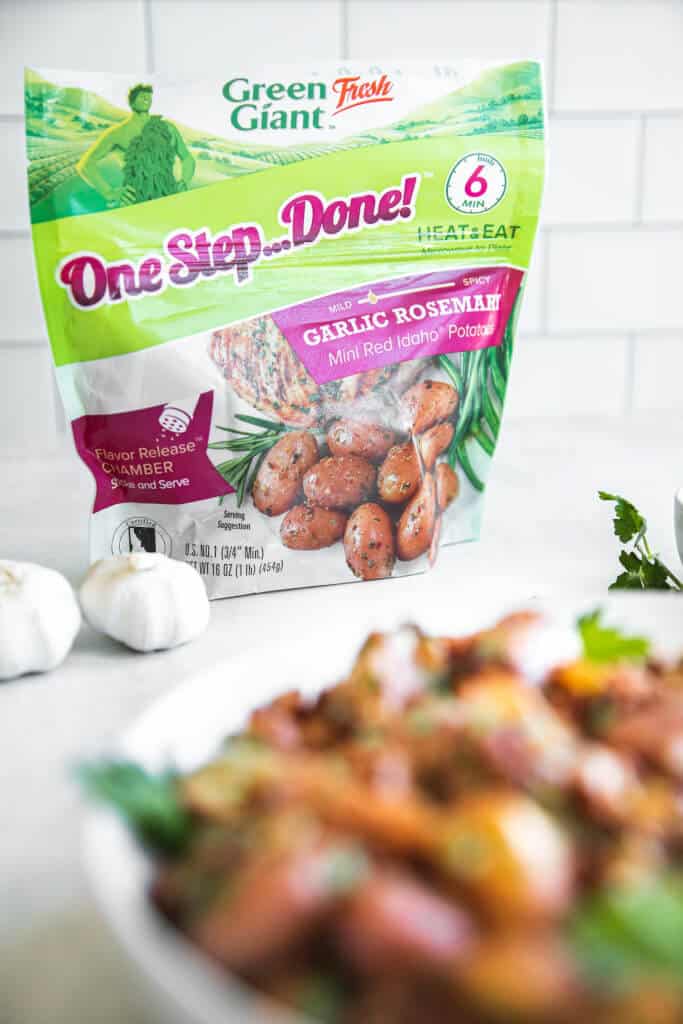 Avoid boiling potatoes for potato salad by using One Step...Done!™ Potatoes from Green Giant™ Fresh. Just just pop the whole package in the microwave for six minutes, and you'll have a cooked and seasoned veggie ready for dressing. That means you don't have to deal with multi-stage cooking, excess packaging, hole punching, mixing or adding ingredients – you just microwave and serve (or use in your favorite recipes). How's that for quick and easy? For this recipe, we use Garlic Rosemary One Step...Done! Potatoes to give our German Potato Salad a little extra herbaceous flavor and spice from the garlic. One other thing we really appreciate about One Step...Done!™ Potatoes is the low-sodium content – this allows you to control the amount of salt when using them as a short-cut in your favorite recipes. 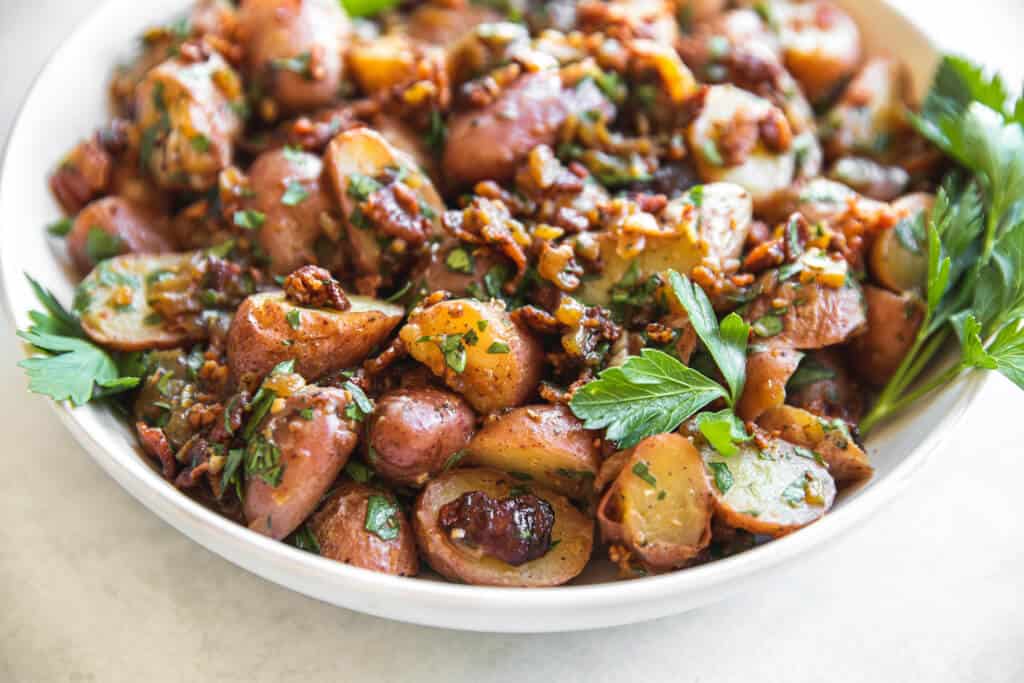 We've been using One Step...Done!™ Potatoes for years, so we've come across a lot of your questions about these potatoes. But don't worry, we wouldn't endorse or use any product that we wouldn't use ourselves. Inside each package, you'll find a short list of ingredients that you'r familiar with (that you can actually pronounce) like, Idaho® Potatoes, clarified butter, spices, dried onion and garlic, and dried herbs, No gums or weird chemicals in One Step...Done!™ – just farm-fresh potatoes and real ingredients and seasonings just like the ones in your own kitchen. 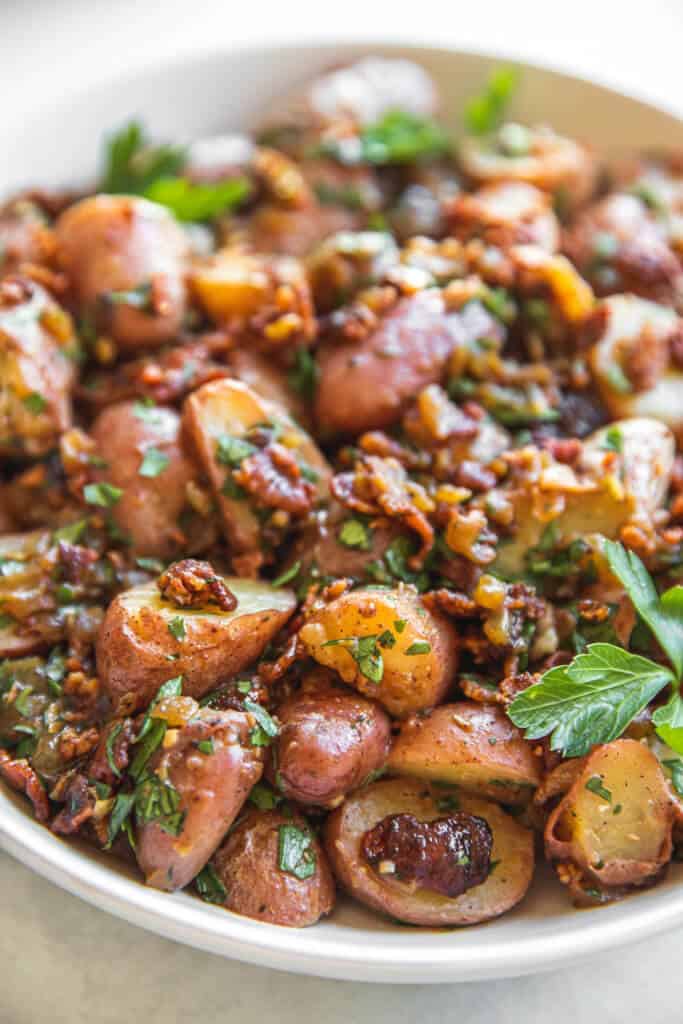 Here's a few tips and substitutions so you can make the best German Potato Salad:

Let us know if you try this recipe and tag us and our friends Green Giant™ Fresh Potatoes on social media! 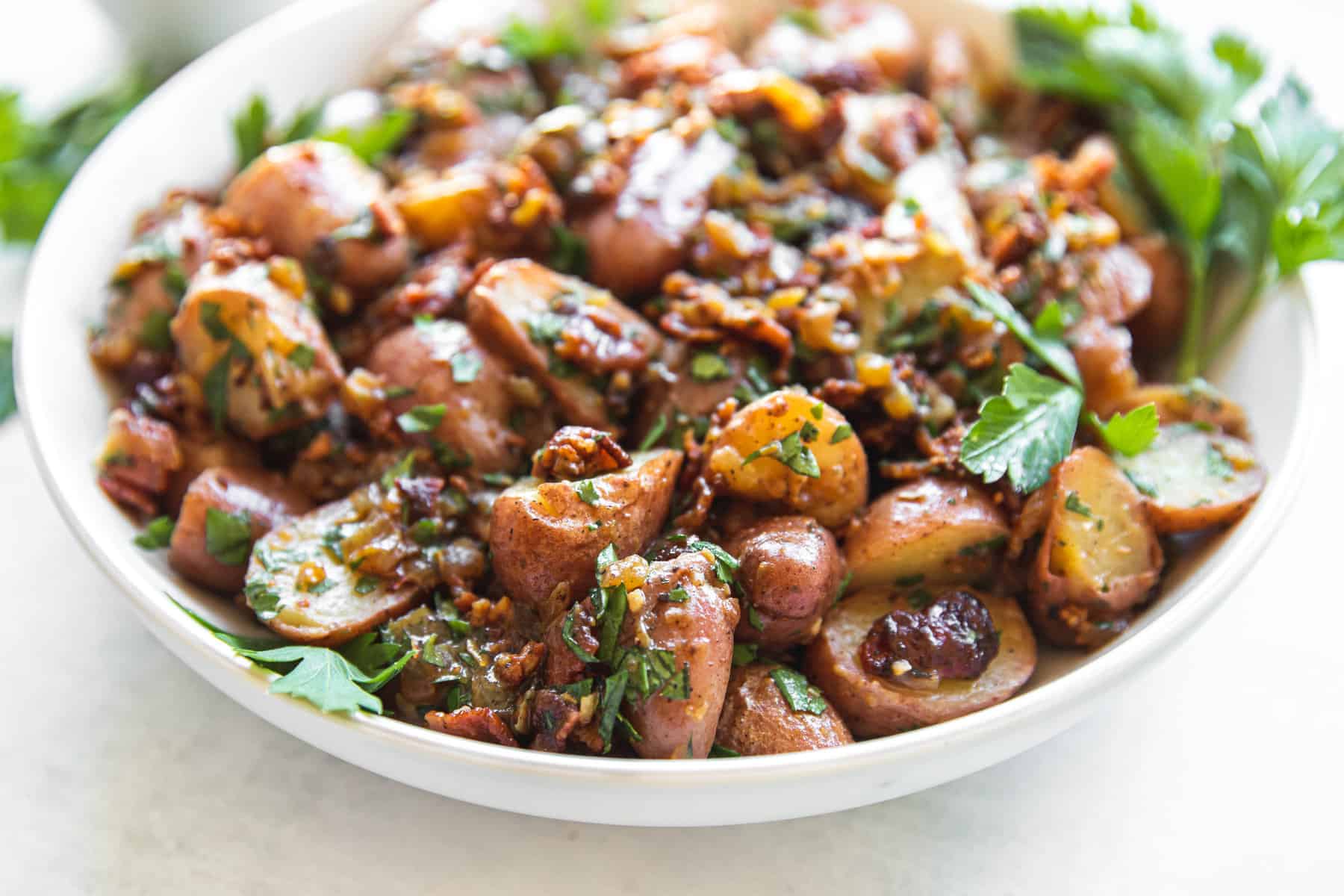 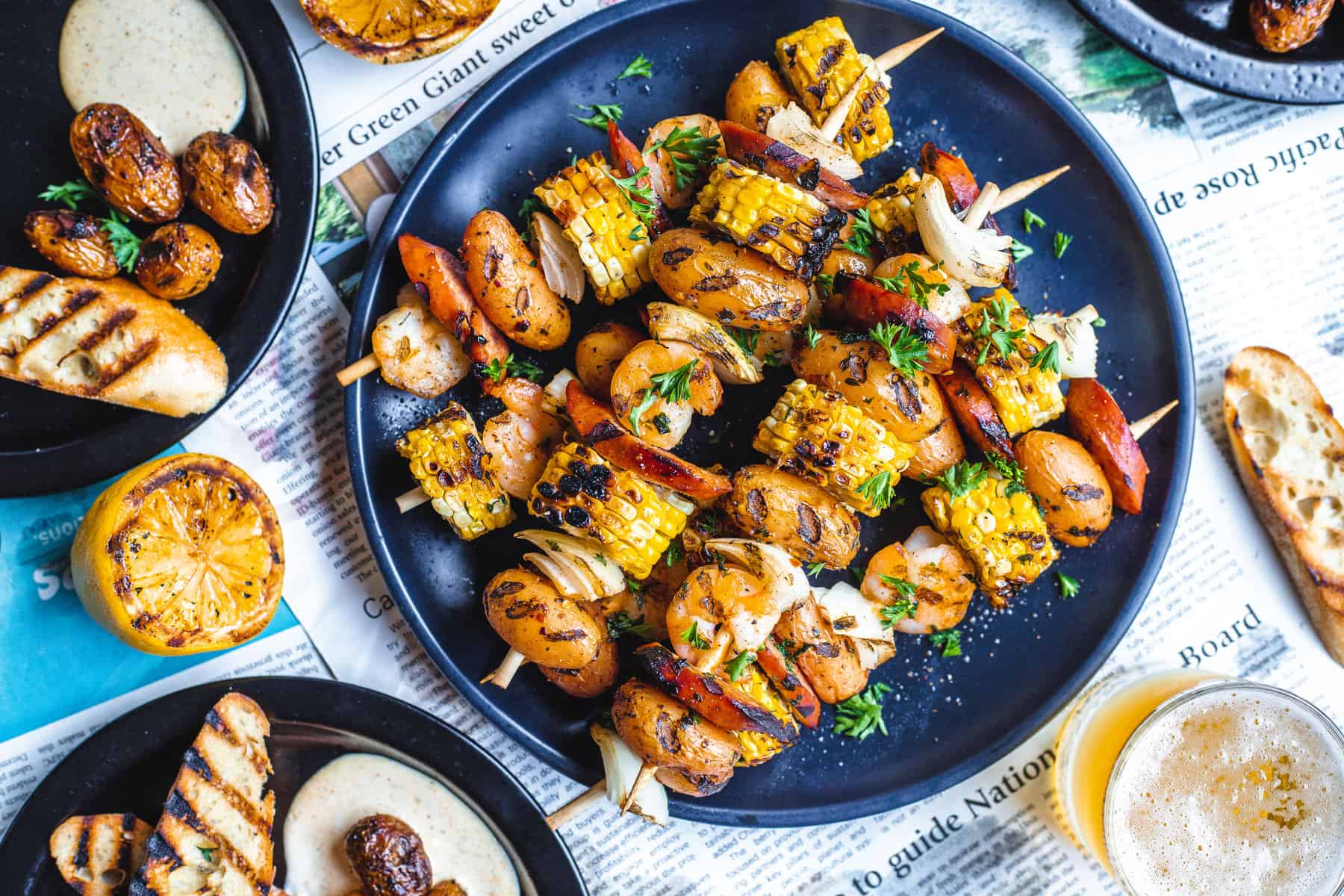 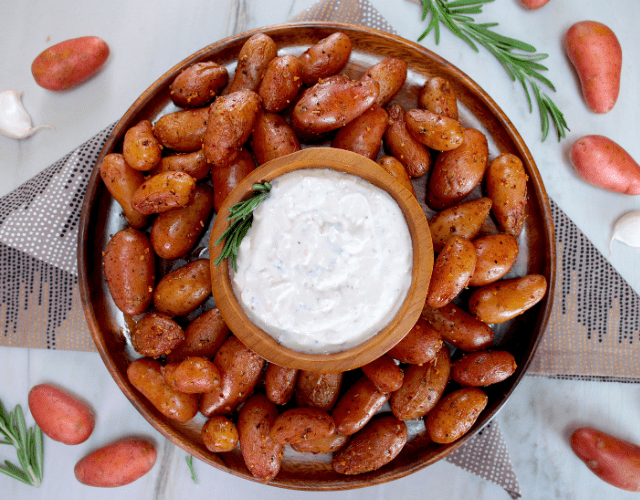